by admin
in National
0 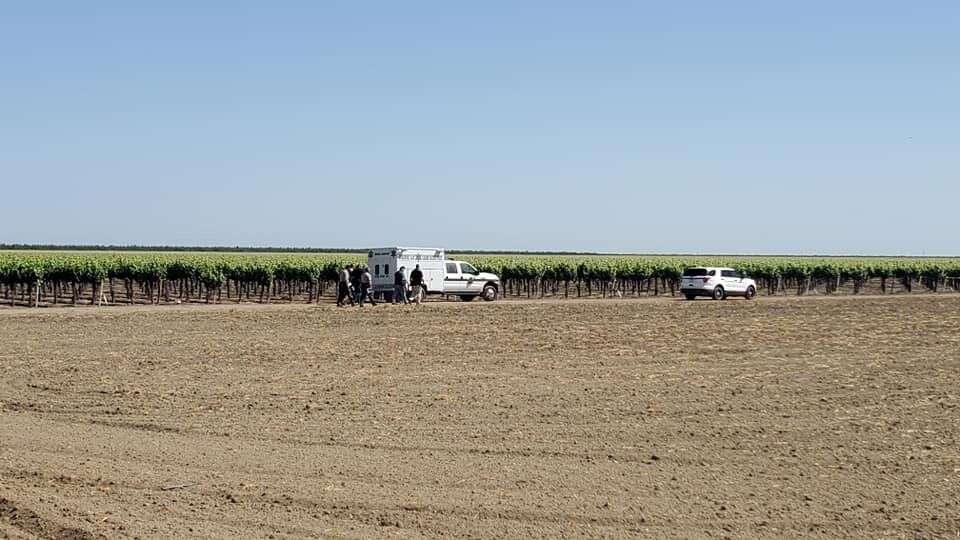 One man died and two others were seriously injured after a shooting at a Fresno vineyard Friday morning, authorities said.

At least five men were pruning grapes at a vineyard roughly 50 miles southwest of the city, near South Butte and West Chandler avenues, when the shooting started about 7:30 a.m., authorities said.

“Some kind of disturbance broke out that caused two of them [to start] shooting the group,” said Tony Botti, a spokesman for the Fresno County Sheriff’s Office.

Deputies found one man dead and two others with gunshot wounds at the scene, the department said in a news release. The two injured men were airlifted to a hospital, where one was listed in critical condition and the other in serious condition.

The two suspects fled in a car and remain at large, authorities said. The motive for the shooting is unclear.

The Fresno County Sheriff’s Office asks for anybody with information to contact Det. Jesse Gloria at 559-600-8217 or Valley Crime Stoppers at 559-498-7867 or www.valleycrimestoppers.org.

Lance Bass Compares His and Colton Underwood’s Coming Out Experiences

A U.S. Border Patrol agent looks out over Tijuana, Mexico from the U.S.-Mexico border wall in San Diego, Calif.,...

Representative David Cicilline (D-R.I.) wrote a letter to his fellow lawmakers arguing that a resolution will be forthcoming to...

Insane Teacher Berates Vaccinated Student for Not Wearing a Mask, Calls Him a Jerk, Tells Him Nobody Likes Him

A video is going viral on Twitter that appears to show an overweight teacher berating a student for not...

Here’s what you need to know:VideotranscriptBacktranscriptElise Stefanik Elected as Liz Cheney’s Replacement in G.O.P. LeadershipHouse Republicans announced on Friday...

Lisa Kudrow and Conan O’Brien visited the improv class where they met in the mid-1980s this week, sprinkling in...

Aldi shoppers have found an ingenious way to cool off (and keep their cool) this summer.In The Aldi Nerd...

Lance Bass Compares His and Colton Underwood's Coming Out Experiences

53,000 Households Behind Rent Payments Due To Pandemic – WCCO

Stocks close higher with help from tech, still down for week